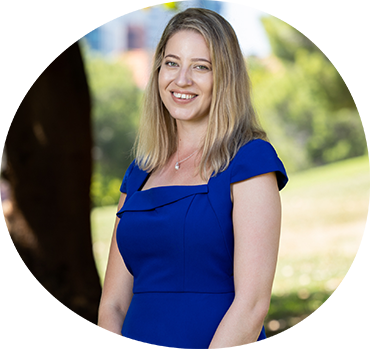 Amy Blom brings a broad range of communications experience as a journalist and political media advisor to the CGM team in her role as communications consultant.

After completing a Bachelor of Communications majoring in Journalism and a Bachelor of Arts majoring in Philosophy at Murdoch University, Amy began her career in Perth as a print journalist for Examiner Newspapers, where she spent four years covering everything from feature articles and hard news to advertising copy.

Amy then joined the office of WA Senator Linda Reynolds as a media advisor, assisting with various campaigns over two years, including the push to introduce a Modern Slavery Act in Australia, addressing the problems facing young people in nursing homes and promoting Western Australia’s shipbuilding capabilities. Projects such as these saw her working closely with organisations such as Andrew Forrest’s Minderoo Foundation, Hagar Australia, the Cambodian Children’s Trust and the Salvation Army.

She returned to the newsdesk to cover the resources sector for the Australian Mining Review before taking up a position in the office of Alyssa Hayden, the Member for Darling Range, supporting her in shadow portfolios such as communities, volunteering, youth, seniors, small business and tourism. During this time, she helped Mrs Hayden call attention to the need for Government support for the travel industry during the COVID-19 pandemic and campaigned to remove restrictions that affected local family-owned wineries.

Amy is a passionate storyteller with an eye for news. When she’s not at work, she’s most often found in the kitchen attempting something new or whipping up a mean curry.