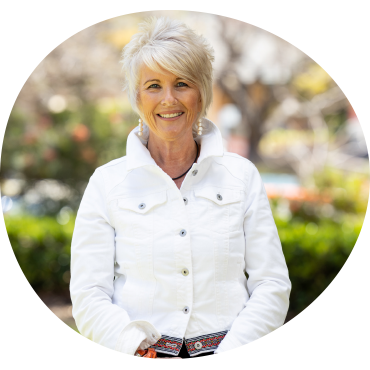 Libby Lyons is one of Australia’s most powerful advocates, with decades of leadership experience in corporate affairs and issues-based advocacy.

In April 2021, Libby completed her appointment as the Director of the Commonwealth Government’s Workplace Gender Equality Agency (WGEA), a role she held for five and a half years.

As agency head, Libby led a transformational program through which WGEA is now recognised as a national powerhouse in promoting evidence-based change for gender equality in Australian workplaces. Over this period, WGEA has also become internationally recognised, with Libby invited to speak to governments, private enterprise, industry bodies and unions in Singapore, Chile, Argentina, Mauritius, Indonesia, Vietnam, The Philippines, South Korea, the United States and Japan.

Libby was listed in Apolitical’s 100 Most Influential People Working in Gender Policy for both 2018 and 2019. She was featured in the book 200 Women and was awarded Woman of the Decade for Gender Policy by Women Economic Forum in 2019.

She also presented at the United Nations’ Commission on the Status of Women in New York in 2018 and 2019.

Libby started her career as a primary school teacher in the outer northern suburbs of Melbourne. She has also served on the boards of non-profit organisations SIDS and Kids WA, and was Executive Chair of Kalparrin, a Western Australian charity that supports the families of children with special needs.

Libby’s current board appointments include the inaugural Chair of the Aged Care Workforce Industry Council and Chair of Science in Australia Gender Equity Ltd. She is also the State Chapter Chair and national board member of Chief Executive Women.