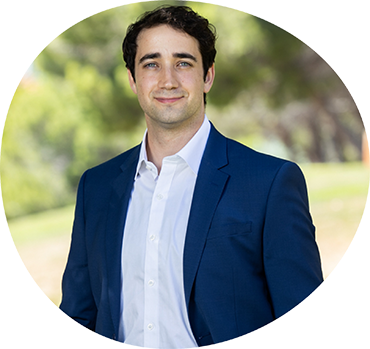 Mark has a broad range of communications experience, having spent time as a print journalist, sports reporter, event photographer and a business owner.

Mark graduated from the University of Western Australia with a Bachelor of Arts before studying a Graduate Diploma of Journalism at Curtin University. While studying, he also worked as a photographer at the City of Perth Streetball Classic before moving to Bunbury to work as a journalist at the region’s leading newspaper, the South Western Times.

Having honed his skills producing everything from hard news and ad features to movie reviews and sports coverage, Mark returned to Perth to complete a Master of Communication Management at Murdoch University.

After graduating, Mark helped set up Ninja Academy, a movement facility, and founded the Ninja Challenge League, a national Ninja Warrior-style competition, which he runs in his spare time.

Mark enjoys an active lifestyle, with a long-running love affair with basketball and a more recent foray into ninja training seeing him appear on the first two seasons of Australian Ninja Warrior and the fourth season of Sasuke Vietnam.